Photos of the Month for October 2015

This September marked the first time I have not had a reason to go to Elk Lake in 18 years. From 1997 until 2012 I was part of the Stelly’s High School, Victoria City Rowing Club, University of Victoria, Canadian National and Olympic rowing teams.  I was fortunate enough for the past three to coach the Claremont High School team and one summer with the Canadian Junior team. The extra time has made me realize that I better learn how to write and follow my own training program if I hope to develop the skills necessary to reach the level of photographer I expect myslef to be.

Each month the News Photographers Association of Canada holds a competition where you can submit 12 photos in five different categories. As of July I’m ranked 9th well off the leaders but enjoying the process of asking question and figuring out the subtle and blatant qualities their photos have that mine don’t.

This is my submission for October which includes two Feature, two Portrait, two Spot News and four Sports photos.  Rowing still plays a role in my photographs as the one this month of Rolland Dennett of Edmonton Rowing Club trying to navigate the Gorge Narrows rapids on his way to the start line is one of my favourites. 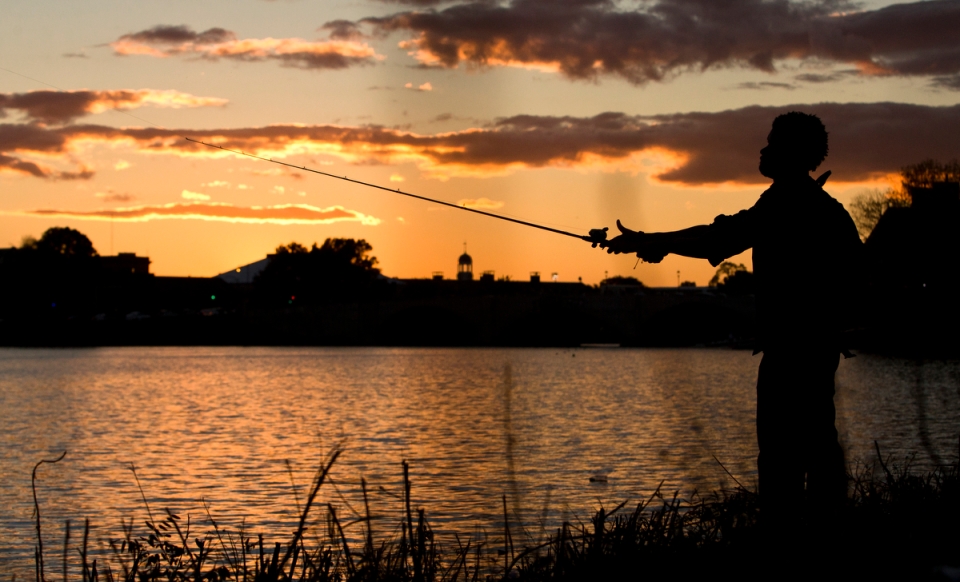 A young man casts his real into the Charles river on October 16, 2015 in Boston, Massachusetts USA.The Environmental Protection Agency gave the Charles River a cleanliness grade of A- making it the cleanest urban river in America. ©KevinLightPhoto 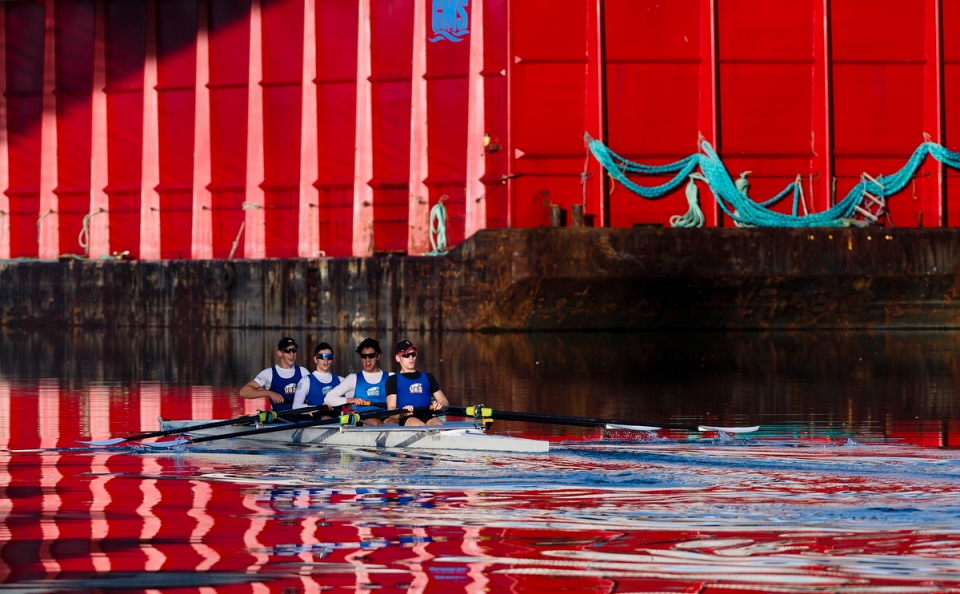 Craig Rencher, head golf pro at Cedar Hill Golf Course stands with a Foot Golf flag on the 18th green on October 6, 2015 in Victoria B.C. Canada. Traditional golf rounds are down and the hope is adding Footgolf which is played by kicking a soccer ball will open the course up to a new demographic. ©SaanichParks&Rec/KevinLight

Portrait – DeMar DeRozan of the NBA Toronto Raptors checks his phone following a practice during the teams five day training camp at Fortius Sport and Health on October 1, 2015 in Burnaby, B.C. Canada. ©TorontoRaptors/KevinLight

Clarence Smith explains the direction he saw the MV Leviathan II’s emergency flare shoot into the air above waters just off Tofino, British Columbia, on Monday October 26th, 2015. Mr. Smith, a resident of the aboriginal village of Ahousht, was aboard his small pleasure craft, the King Fisher, when his fishing partner spotted the flare shoot up on Sunday afternoon. Mr. Smith had only a short gap to close but already, when he arrived, only the bow of the Leviathan could be seen.
Many of the passengers were sightseeing on one side of the upper deck when a wave hit from the opposite side, flipping the boat and sending the 27 passengers and crew into the water, killing five of the passengers. ©Reuters/Kevin Light

An RCMP boat carrying divers sits beside the capsized whale watching boat Leviathan II in Tofino, British Columbia on October 26, 2015. Many of the passengers were sightseeing on one side of the upper deck when a wave hit from the opposite side, flipping the boat and sending all 27 passengers and crew into the water, killing five of the passengers. ©Reuters/Kevin Light

Edmonton Oiler rookie Connor McDavid reacts to Vancouver Canuck fans holding up a poster of him getting hit in a previous game by Canuck Jake Virtanen during an NHL exhibition game at Rogers arena on October 3, 2015 in Vancouver, B.C. Canada. ©InGoalMagazine/KevinLight

Rolland Dennett of Edmonton Rowing Club rows through the Gorge Narrows in a single sculling shell on his was to the start line of the Head of the Gorge Regatta on October 24, 2015 in Victoria British Columbia, Canada.
The Gorge Narrows was formerly a reversing tidal waterfall, until a large rock was blasted from the narrows in 1960. The falls were greatly reduced but there is still enough flow during a tidal change to make it a challenge for rowers to get through. ©Row2k/KevinLight

Victoria Grizzlies minor hockey team goaltender makes a glove save during the first intermission of a Western Hockey League game between the Victoria Royals and the Lethbridge Hurricanes at the Save-on-Foods Memorial centre on October 27, 2015 in Victoria, British Columbia Canada. ©VictoriaRoyals/KevinLight

Linesman Riley Friesen and Jeff MacAdams break up a fight between Victoria Royal Logan Fisher and Spokane Chief Riley Whittingham during the second period of play at the Save-on-Foods Memorial Centre on October 6th in Victoria B.C. Canada. ©VictoriaRoyals/KevinLight