In December I photographed my first Speed Skating Competition at the World Cup Calgary in the lead up to the Olympic Winter Games in Pyeongchang where I will be shooting for CBC.

I was given the editorial freedom to follow the athletes from the start of their warm-up through the race and during their cool down. Watching the process through my camera lens brought back memories of when I was doing the same kind of routine as a member of the Canadian Olympic Rowing team.

During the editing process I realized I had some interesting photos of Canadian Speed Skater Ted-Jan Bloemen who primarily competes in the long-distance events as well as the team pursuit. Ted-Jan is the current world record holder for both the 10,000 m (12:36.30) and the 5,000 m (6:01.86).

I began to wonder what Ted-Jan was doing and why he was doing it so I sent him an email with my questions and he was very gracious to respond so close to the Olympics. My questions and his answers are below and I hope you find them as interesting as I did. 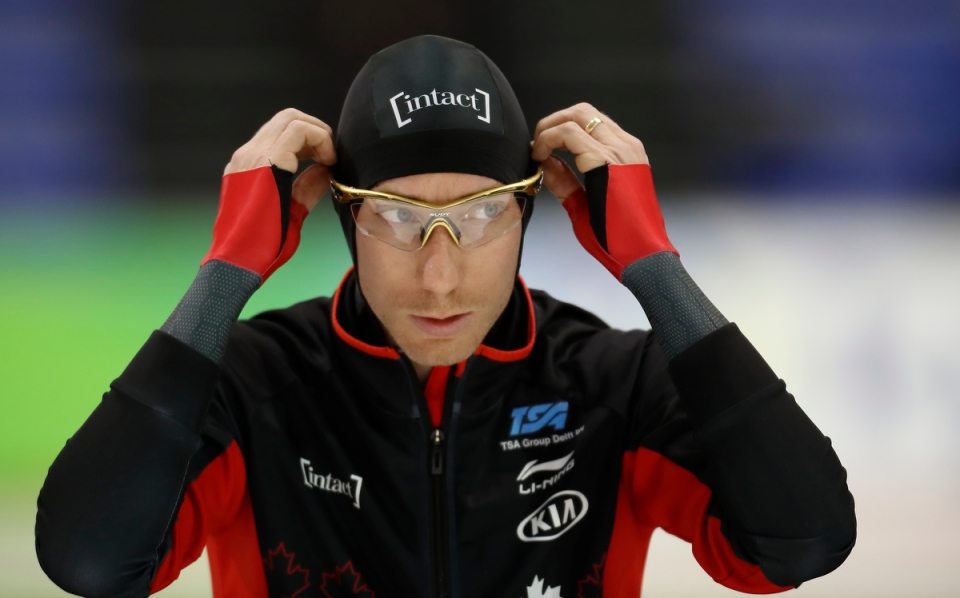 I’m mostly just calming myself down by trusting in the work I’ve done and the plan I’ve made.

What do you drink prior and post race as you have two different bottles. 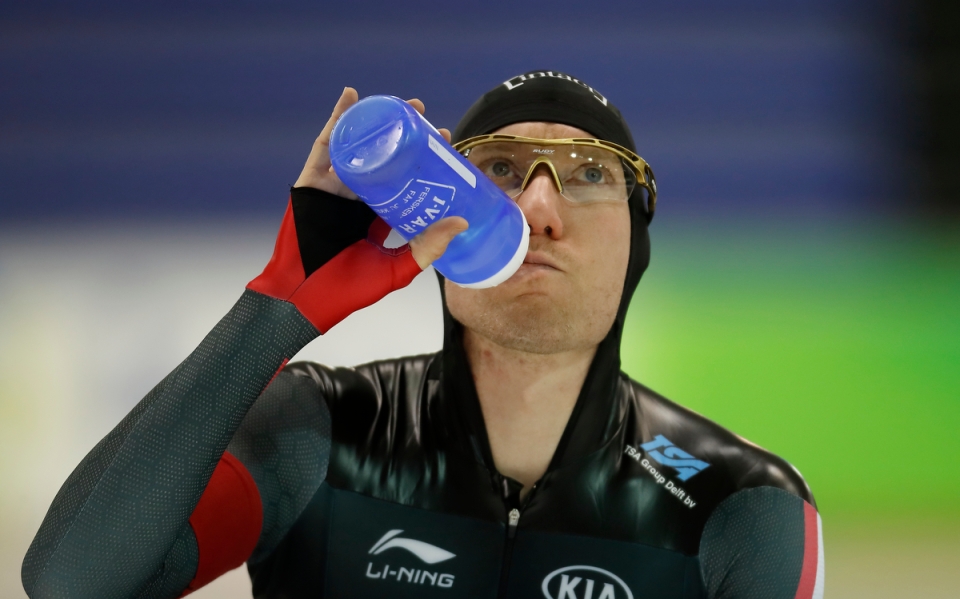 Just water before and sportdrink after.

How dangerous is cleaning your blades like this and what does removing the snow from the blade do?

The snow causes extra friction so you want to get rid of it. If your blades are well sharpened you generally won’t cut yourself.

How did you select clear sunglasses. 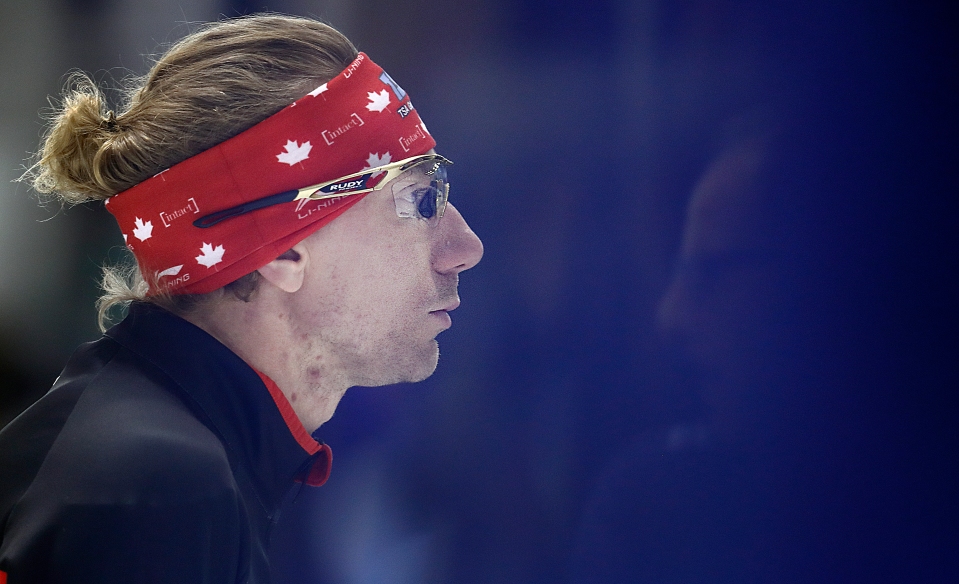 I just like it a bit better than darker shades. Guess the light makes me feel a bit sharper.

When you are making the corner do you pick a point down the ice to stare at or stare blanky at nothing?

I look a bit forward and inside the line, to where I want to go.

At what point in the race do you know you are having a good one. Is it 3/4 of the way through or somewhere else?

Often I know 1 or 2 laps in, but I never trust that. It’s still a long way to go and you still have to be really focussed to make it happen. It’s indeed around 3/4 or even a bit later that I dare trust it and I know it can’t go wrong anymore.

When yo visualize a race how far after the race do you go. Does it end when you cross the line or do you also visualize the cool down and victory ceremony? 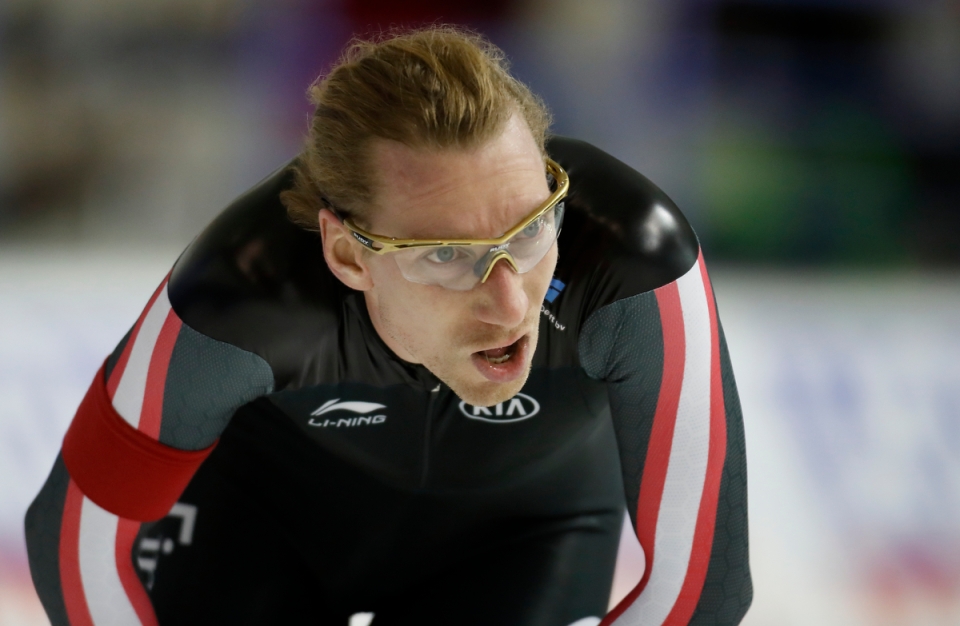 I often only visualize the first couple of laps, if I do the whole race I stop at the finishline.

Your toes curled under like that. It that something unique to you or do all speed skaters do this kind of thing? Skating with socks vs no socks.

I thing I’m just stretching my feet there, I don’t really consciously do that, haha! I’m skating with no socks, I want the best possible connection with the ice.

How many pairs of skates do you go through in a season? Do you have racing skates and training skates?

I think my boots are on their 6th or 7th season and I put new blades on every 1 or 2 seasons. I always carry spare boots and blades though.

In what order do you prefer to skate? Is there an advantage to skating on clean ice versus dirty on ice?

That is something out of my control so I try not to worry about it. But if you want the fastest conditions, the first 2 pairs the last pair usually have a bit less wind. Also sometimes the ice is still a bit soft after the flood. And sometimes in the last pairs the ice turns white, which is slower.

What is the role of the coach during the race vs training? Have you ever seen a coach fall or embarrass themselves during a race.

During training we get a lot of feedback, during the race he tries to keep my focus in the right places. There is some examples of coaches stumbling etc. but it’s rare. Watch at the Olympics, when the pressure is highest, haha!

How to you approach athletes from other countries. Do you like talking to them are do you prefer not to get to know them? 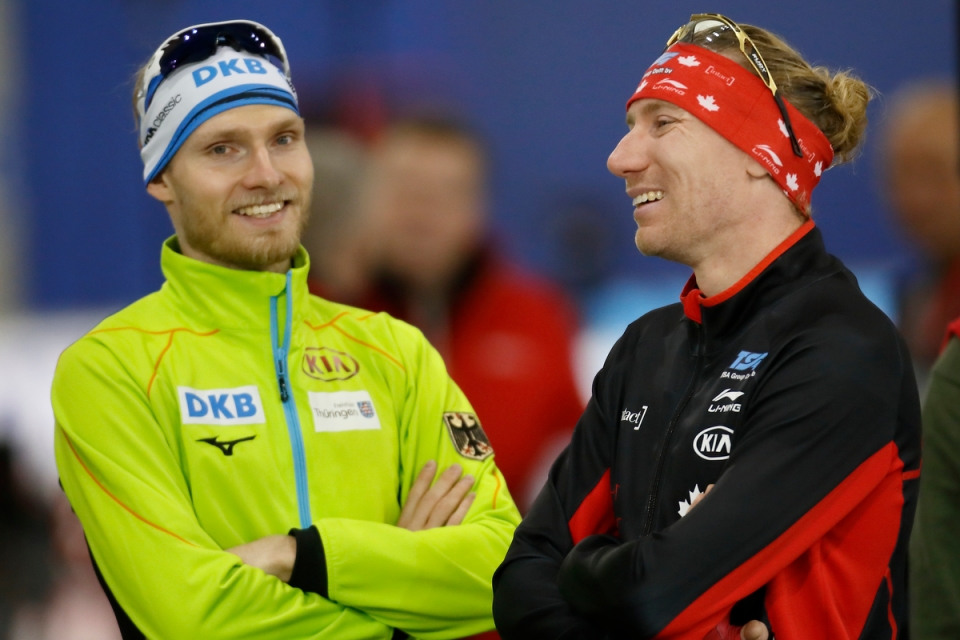 I like to talk with them, we have a lot in common. It can be interesting and fun to learn how they approach their sport.

What does your warmup or cool down routine allow to do mentally and physically.

You can perform a bit better with the right warmup. Cooldown is good for recovery.

What do you think makes a cool Speed Skating photo? What have you seen too much of and what is unique.

I’m seeing more and more creative photos these days, which is really cool! You have some great examples here. Just the old picture of doing a crossover in the turn doesn’t really turn my head anymore. I guess anything where you can tell the photographer made an effort to do something different I really respect.

← Behind the Lens : 2017 Year in Photographs
Victoria Royals vs Calgary Hitmen →