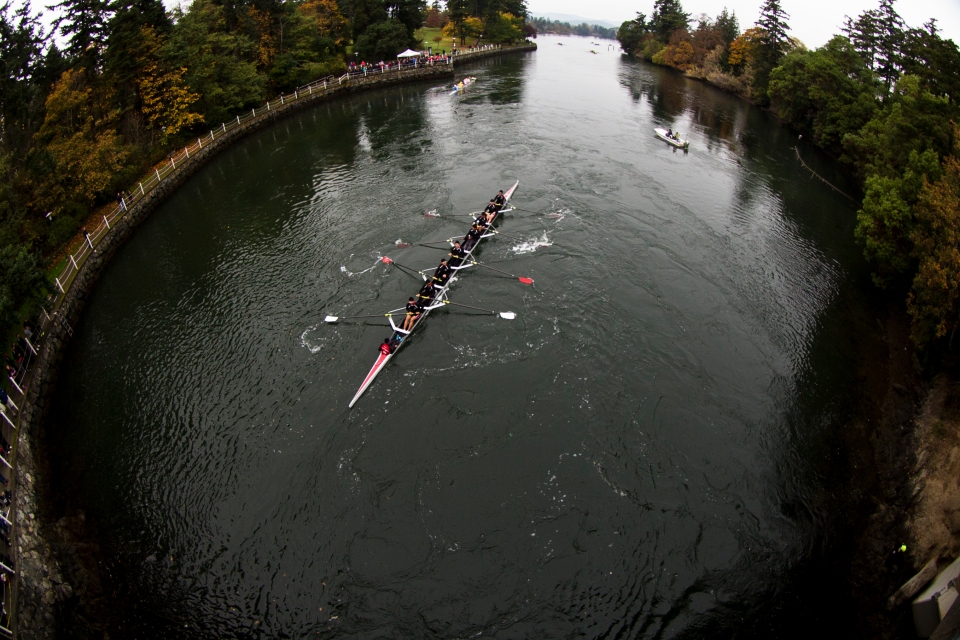 The Gorge narrows was flowing hard and it spun this St. George’s School eight visiting from Vancouver around couple of times before they made it through the white water conditions on their way to the start line.

This Victoria Rowing Club Quad dressed up as Minnie Mouse for their race.

The University of Victoria Women’s Eight makes their way through the Gorge narrows on their way to the start line located in the inner harbour. The heavy tidal flow through the narrows caused a slight delay as rowing crews waited their turn to try and navigate through the challenging waters.

This single sculler was almost IN but managed to regain his balance on the way to the start line. 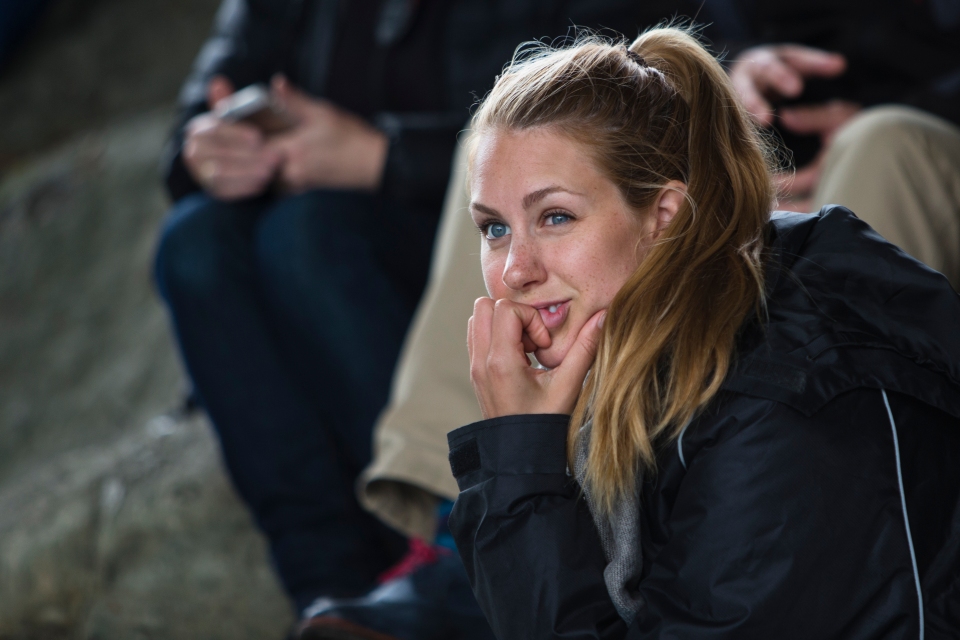 Spectators were holding their breath as crews approached the narrows and applauded when they successfully made it through.

This sculler was taken by surprise by the sudden increase in current pushing his boat to port and almost into the rocks.

Spectators tried to help the rowing crews as best they could as a sideways approach would cause their boat to spin and be pushed backwards through the narrows.

University of Victoria Head coach Aalbert Van Schothorst keeps in contact with race officials to make sure all crews were accounted for and made it safely to the start line on time. 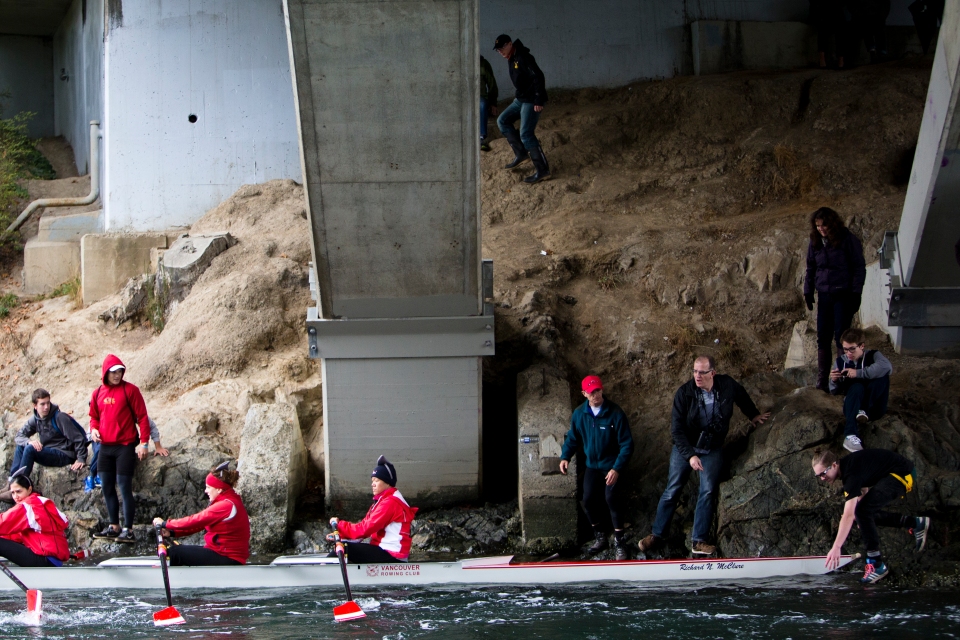 This quad crew from Calgary was a bit unlucky as their boat was pushed up onto the rocks and had to be lifted off.

This Delta Dees mens junior quad was full of a googly eyed, sombrero wearing two seat as they raced toward the gorge narrows.

As the current picked up through the narrows crews had to be aware that being off course could have disastrous results.

The Brentwood College mens eight found out that if it felt like they were rowing downhill they were right.

This bow seat has apparently seen enough antlers for one race.

This group of single scullers bust their way to the finish line as the 2015 Head of the Gorge regatta concludes with no major injuries or accidents.